Brands Associate With Mission Mangal To Target The Consumers.

Akshay Kumar’s highest weekend grosser of all the time, Mission Mangal has set the box office on fire. The movie that revolves around the real-life story of the Indian Space Research Organization’s Mars Orbiter Mission was released on Independence Day this year. Even before the release, many brands found the film a perfect opportunity for targeting the consumer.

Sonata, the largest selling watch brand in India, launched a special collection called ‘Sonata - Mission Mangal Ladies Collection’. The female leads of Mission Mangal can be seen wearing the same in the movie. The brand also released a video 'Sonata-Mission Mangal' saluting the brilliant women behind the movie as they are an inspiration to us all with their confidence, commitment, and perseverance. 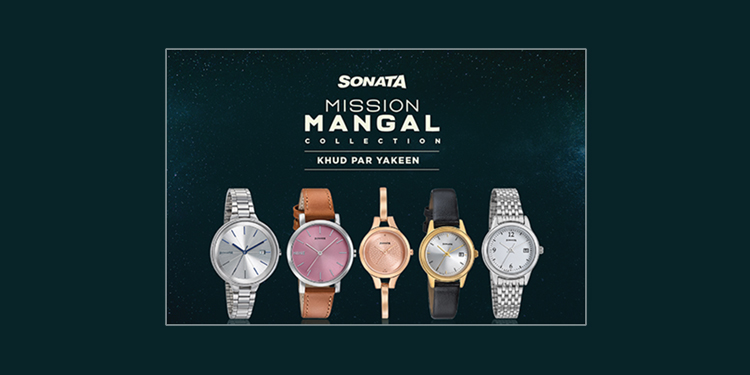 Ixigo, Indian travel and hotel booking e-commerce website associated with the movie as the official brand partner. As a part of this association, the brand also launched a special campaign offering its users a discount of Rs 1000 on flight bookings by using code ‘MANGAL1000’. A special contest for winning free movie tickets is also running on the brand's social media platforms, where 50 couples get a chance to win free movie tickets. Speaking on the association, Shuchi Chawla, Head Brand Marketing, ixigo said, “We are delighted to tie up with an inspirational movie like ‘Mission Mangal’ which depicts an incredible true story of India’s mission to Mars. We actively experiment with in-film branding and believe it is a good opportunity for brands to create high recall in a cost-effective way.”

Kajaria Ceramics, the largest manufacturer of ceramic and vitrified tiles in India, launched its new brand TVC #DeshKiMitti in association with Mission Mangal. The advertisement celebrates the spirit of the film featuring Akshay Kumar, who incidentally is also their brand representative. The brand also posted a twitter creative with the tagline #DeshKiMitti Se Aasman Tak, Ab Koi Manzil Door Nahi.

On the association, Rishi Kajara, MD, Kajaria Ceramics said “The film highlights unsung heroes of Isro, and in doing so is also narrating one of India’s biggest success stories. That fits in very well with Kajaria’s philosophy of celebrating Indian achievements.”

India's most trusted apparel brand, Peter England has styled the lead actor Akshay Kumar for the film. He can be seen wearing the brands' formalwear in the movie. The brand has also unveiled a limited edition Mission Mangal Collection across leading stores in the country. It also launched a 30-second co-branded video in movie screens, television and digital platforms across India. Peter England, Fox Star Studios, Cape of Good Films, Hope Production and MATES – the entertainment unit of Madison World has coordinated for this unique association 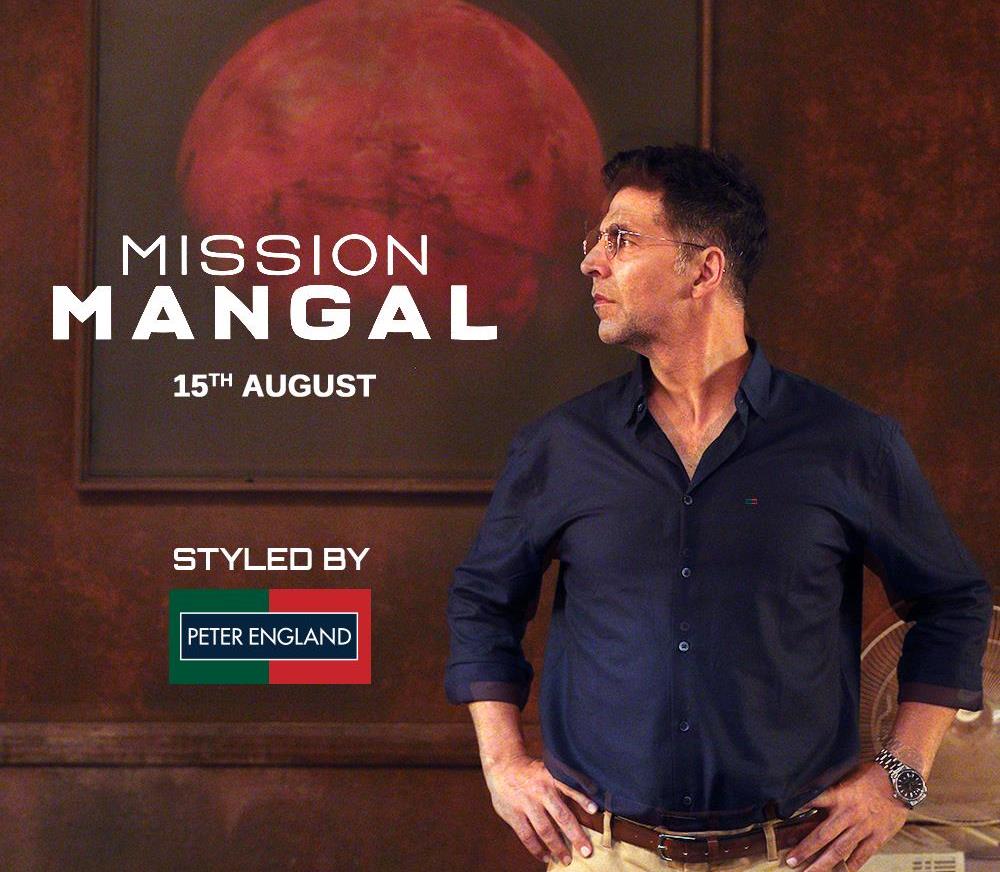 Speaking on it, Manish Singhai, Chief Operating Officer, Peter England, said, “We have been styling the progressive men of the country for over 20 years now. We are excited about our partnership with Mission Mangal as it is a natural fit for our core proposition. Peter England’s brand philosophy has always reflected a winning mindset. The brand is devoted to creating an unparalleled fashion experience at an unmatched value. In the movie, Akshay Kumar exudes a sense of winning style that is fashion-forward, aspirational and innovative. We are delighted to translate the same energy and style through our Mission Mangal collection. Our journey with this movie is a well-stitched partnership, a brand story that values commitment to craftsmanship. The whole mood and narrative around the protagonist bring the character out with perfection.”

Jagan Shakti, Director, Mission Mangal said “Mission Mangal resonates with the brand’s ethos who are making their mark in the real world. Be it fighting for success or never giving up on your dreams. Peter England boosts confidence with their clothing that stands for “Great Fashion at Great Value.” 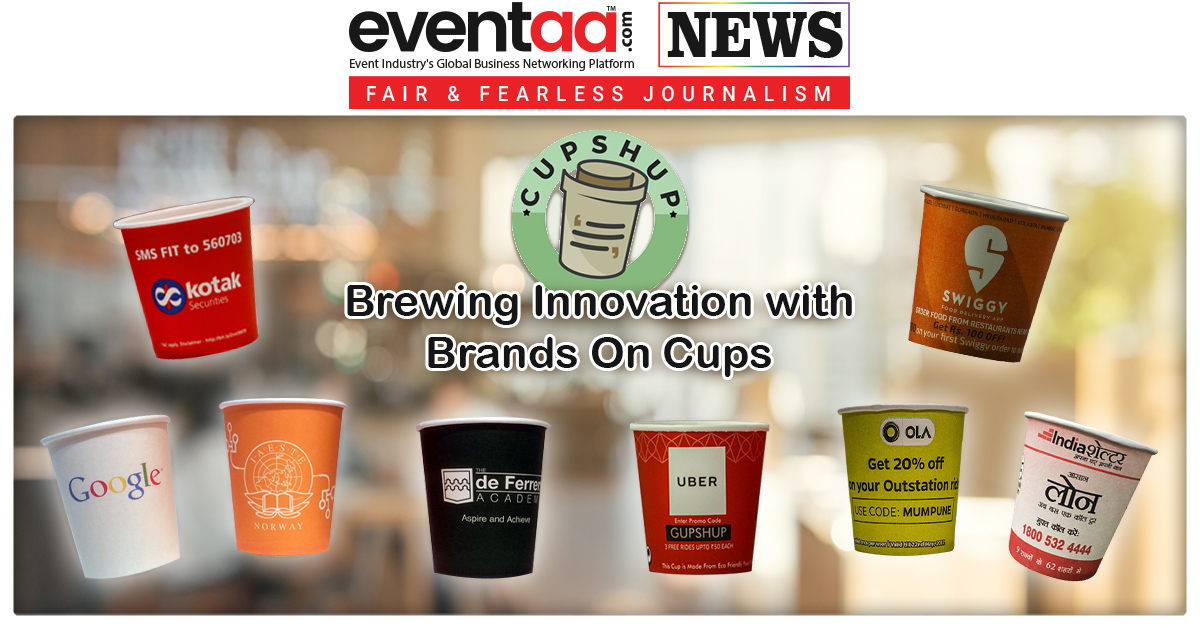 Brands Using The Spirit Of Rakhi To Sustain In The Market 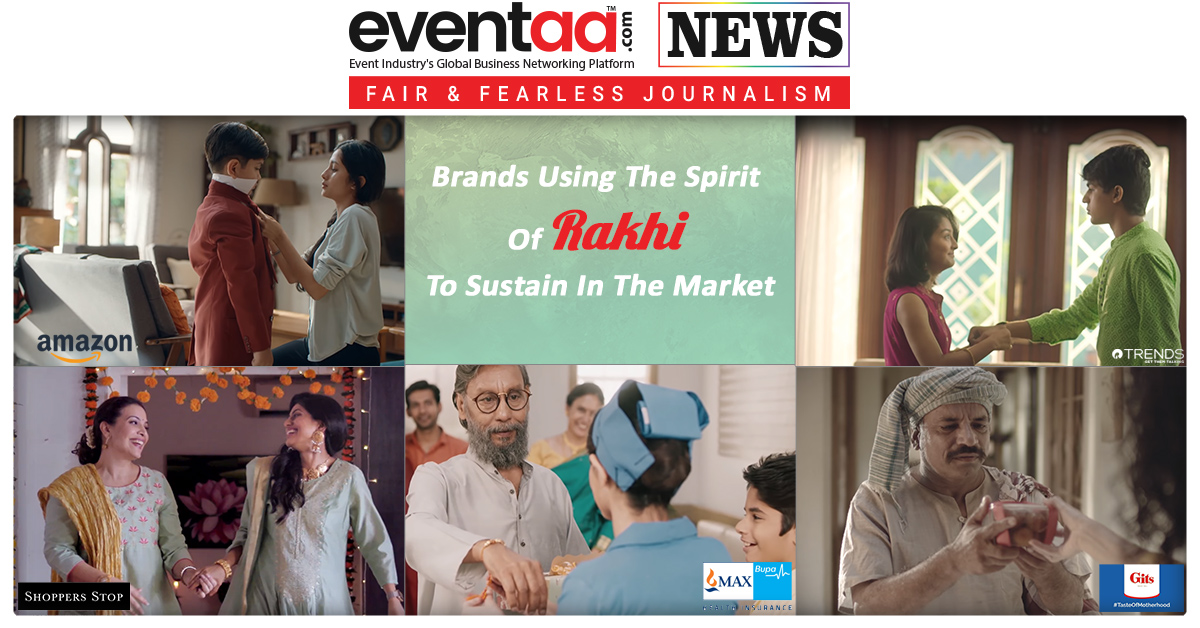