Aerial Advertising Will Become A Common Sight In India

Out of many forms of advertising, the one form that creates a huge impact on the audience but is not a usual sight is aerial advertising. It is a form of advertising that includes the use of aircraft, drones to create, transport, or display, advertising media. It includes banners, logos, lighted sign or sponsorship branding. And in a first, The Directorate General of Civil Aviation (DGCA), has issued a permit for aerial advertising and framed rules to ensure aviation safety.

The circular issued by Captain Atul Chandra, chief flight operations inspector, said there are guidelines and requirements that operators will have to follow, and prior permissions from the air traffic control (ATC) need be sought to check the availability of air space. These operations will not be permitted over congested areas of cities or over an open-air assembly of persons at altitudes lower than 1,000-feet above the highest point in the area.

There is a ban on aerobatic maneuvers. The aviation watchdog warned that companies breaking safety rules and jeopardizing aviation safety could lose permits.

Sam Balsara, the founder of the advertising group Madison World, said, “This is a good development. It will be impactfully provided it is used judiciously and is economically priced, such that it provides a good return on investment to the advertiser.”

Apart from India, aerial advertising is widely used in other countries. The best example is of the current President of the US, Donald Trump, who used the same for his re-election campaign over Erie. 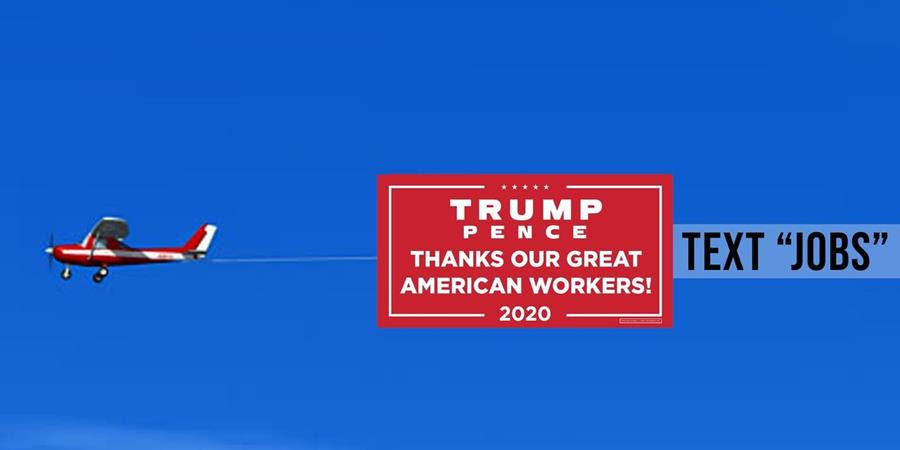