Brand Canada: A 10- City Roadshow In India To Strengthen The Countries Relationship

The Indo-Canadian Business Chamber (ICBC) and Air Canada have announced Brand Canada, a 10-city roadshow supported by the Trade Commissioner Service of the Government of Canada in India. The initiative will see Canadian Provinces and companies travel to various Indian cities between January-March 2020, to bring both countries closer through investment and business opportunities.

The first event is scheduled for January 13, 2020, in Gurugram and will move to cities like Indore, Jaipur, Aurangabad, Pune, Baroda, Bhubaneswar, Ludhiana, and Mysore. It finally concludes on March 27, 2020, in the coastal Andhra port city of Visakhapatnam.

Andrew Smith, Minister (Commercial), High Commission of Canada in India and Nadira Hamid, chief executive officer, ICBC told that the success of the roadshow will be to have local business people from some of the centers visiting in the audience and helping to forge those trade relationships with Canadian companies and how they will promote the country as a brand and leverage the social media for the promotion of the roadshow 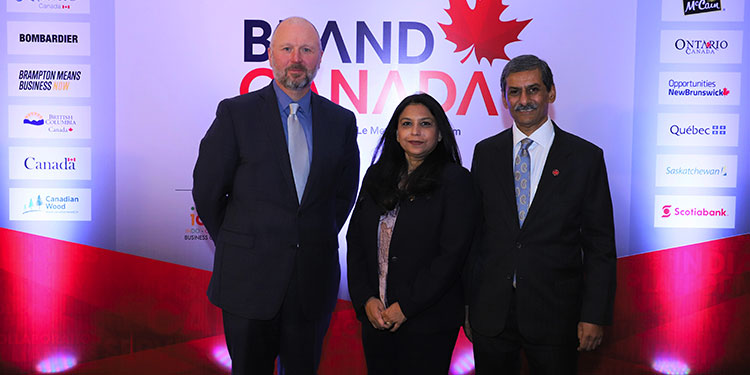 We think we can do more in some of these other cities like Pune and Bhubaneswar, that we don't have our offices. So the idea is to bring Canada to those locations. And then secondly, we have over 500 Canadian companies invested in India. So we want to allow them to help them into the regions of India as well that are growing. he added

ICBC has tied up FICCI and CII I five cities each. Besides this, they have also tied up with local chambers and the stakeholders related to the sectors strong in a particular city. Also, everybody is invited to register and once they register they will vet all the registrations to get only the relevant people to attend. So they are not looking at numbers, they are looking at quality.