Using the power of music, Greenheart band from US send powerful messages of sustainable living through solar-powered musical instruments.

Greenheart band has a unique idea of sharing music in an environmentally friendly manner. They use only the solar-powered musical instruments. They believe that to spread the love of music with electric instruments would be like harming the nature. The band performs various songs written by them to create awareness among the people to indulge in a type of music that does not hurt the environment.

Recently, Greenheart band performed at a Vedant International school to spread awareness about the sustainable lifestyle. Sustainable living activist Padmashree Janak Palta McGilligan arranged their shows in Indore. The band encouraged people present there to plant trees and save the environment audience and also encouraged to sing along and come along for the conservation of biodiversity with music!

The five-piece band from Lancaster uses photovoltaic panels to convert voltage off ambient light, which requires a set of rechargeable batteries to get them going. The band gave a small demonstration on renewable energy-systems and plastic recycling.

They performed at various schools in Indore like Daly College, Emerald Heights School among others. The concerts aimed at entertaining and motivating people towards planting trees as responsible citizens.

Addressing the gathering at a concert, Conklin said, “Our aim is simply to bring the music to you in a way that it does not hurt the environment.” He explained that solar-powered instruments could be quickly built by using solar plates.

Conklin said, “We speak for trees, rivers, air and everything beautiful on this planet, requesting you to join us in conserving our biodiversity.” He urged audience join in singing their songs. “When you hear their song, millions praying all at once, it is a sound you will never forget; we are gathered here today to do a sacred thing, sing, sing, sing.” 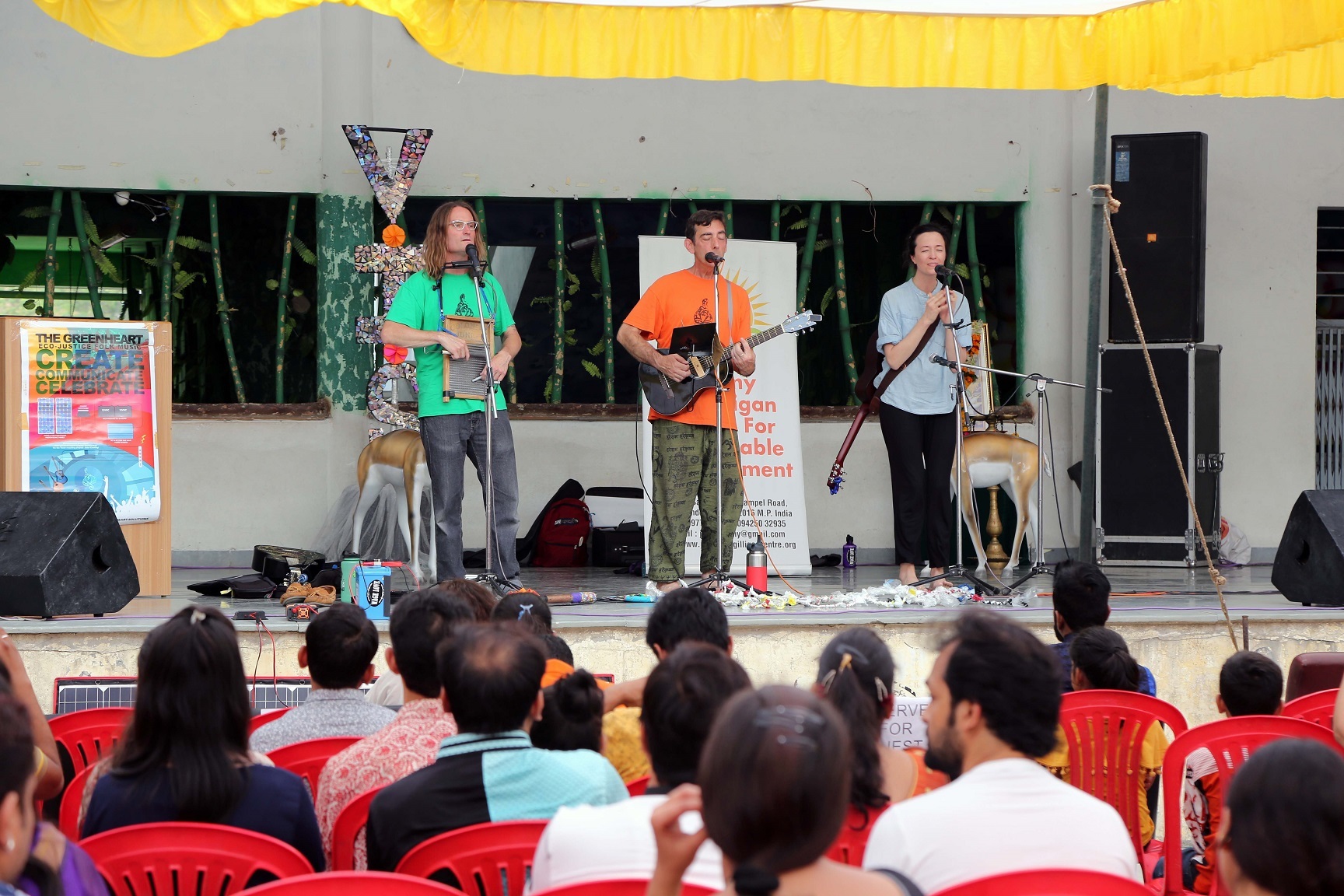 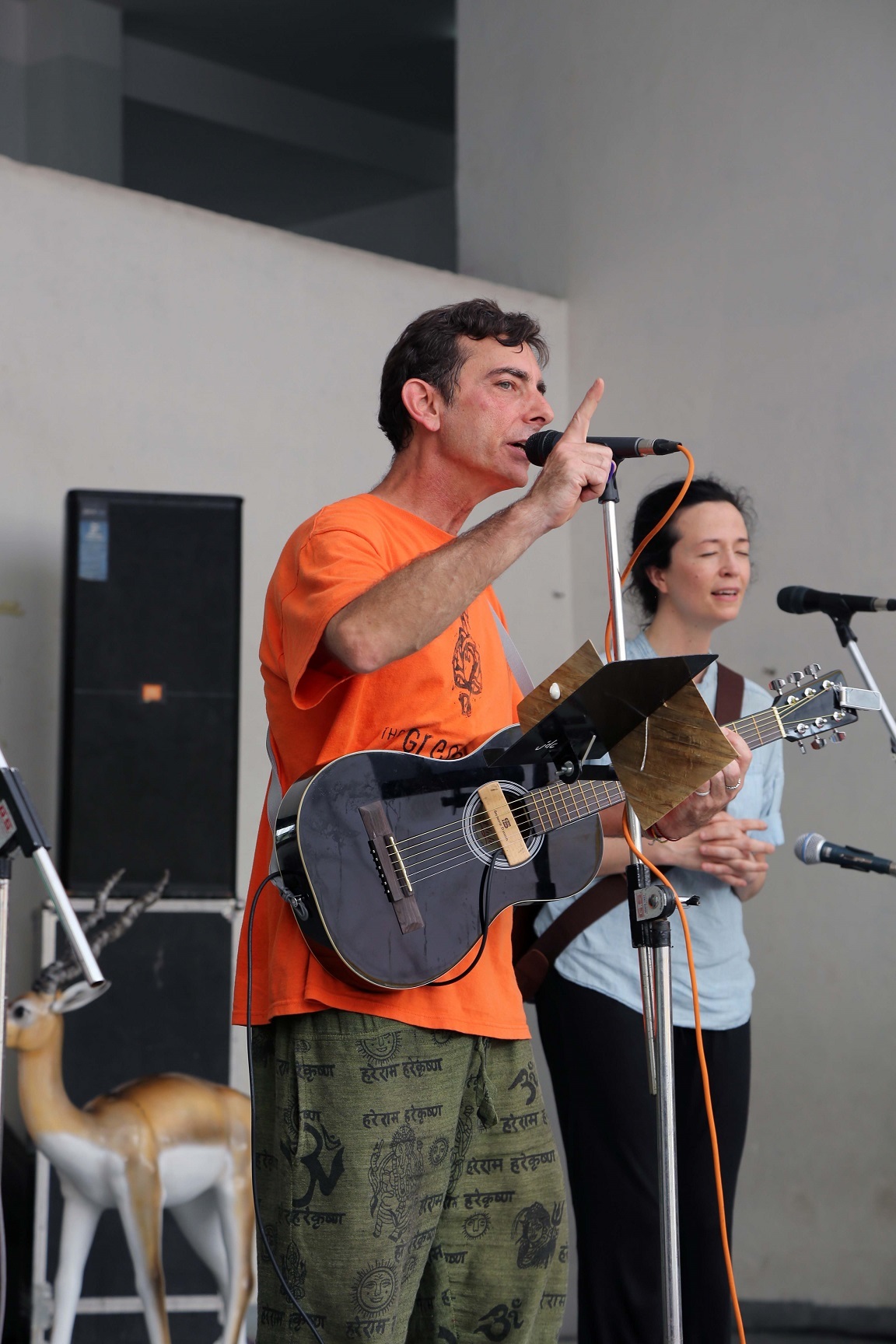 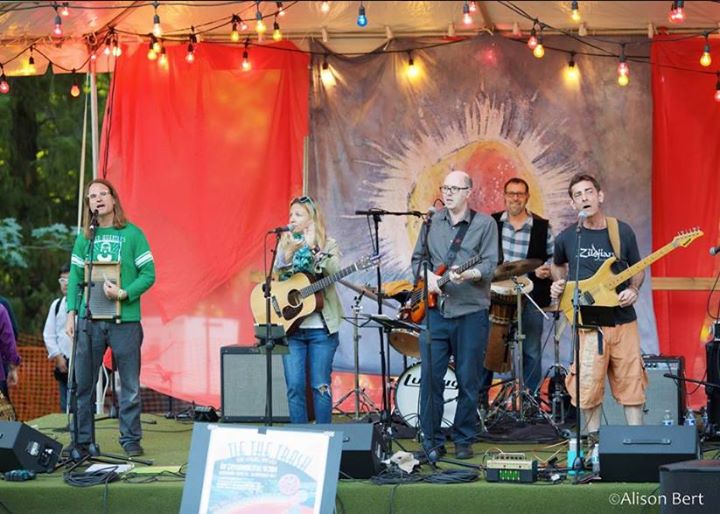