Home News & Update English In A First For Bengaluru, Robots To Serve Food At this Restaurant

If you are mapping out an itinerary for things to do in Bengaluru, make sure you do not miss out on Bengaluru’s first robot restaurant. ‘The Robot Restaurant’ that was officially launched on August 18, 2019, witnessed a large crowd from Bengaluru and some even from the outskirts of the city. The restaurant has a team of six robots (one usher and 5 bearers) named Arya, Ramya, Zoey, Alice, and Sansa, shipped in from China at a cost of around Rs 1.8 lakh. These 5 robots serve food while another robot welcomes guests at the door of the restaurant. 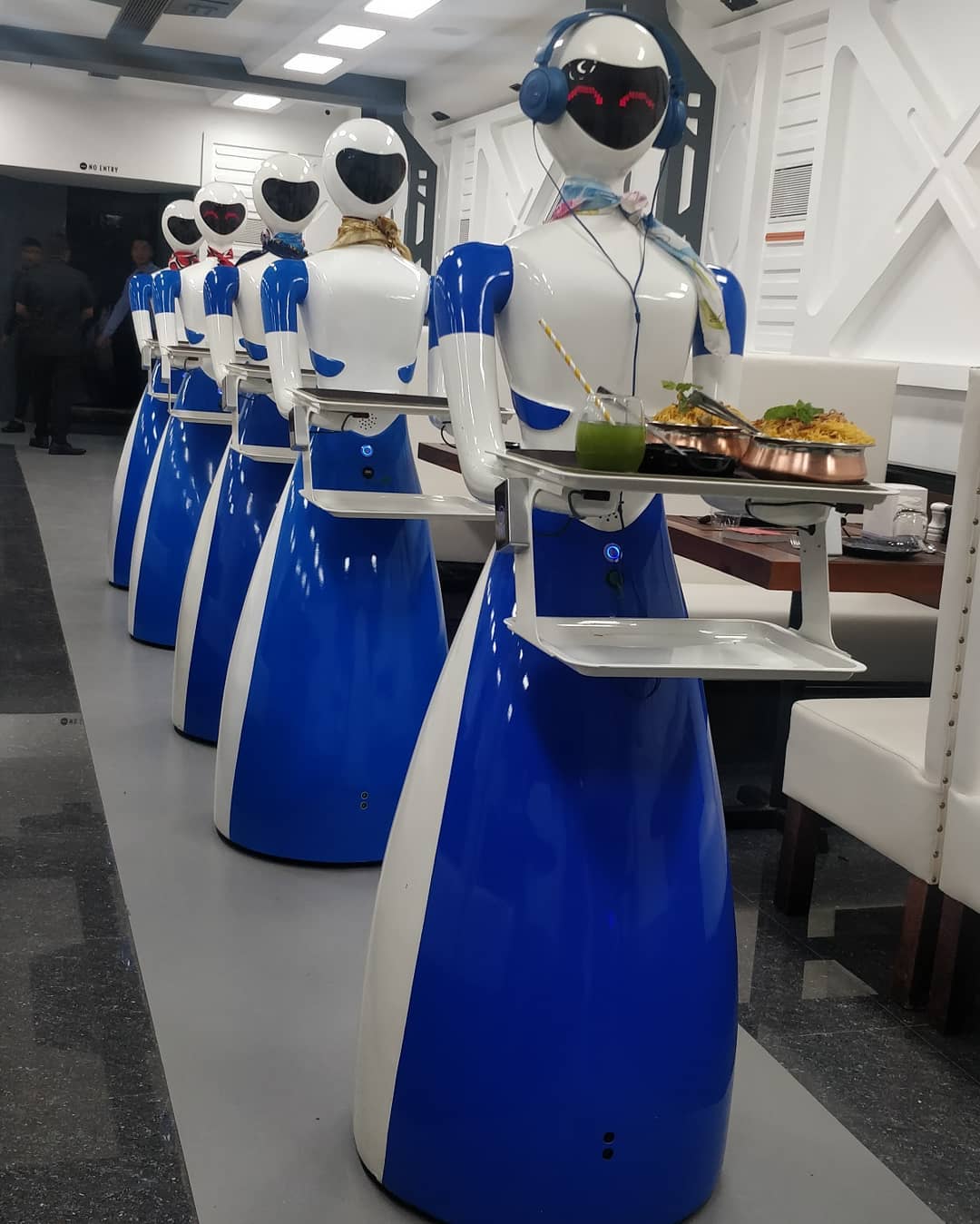 The restaurant has a spaceship theme, to make it look like the full futuristic combination. It also has little trains that travel close to the seats handling out food. The restaurant was designed with extra space between the aisles to help the robots seamlessly navigate. Each table is equipped with a tablet from which diners can place their order and once the food is prepared, a robot is specified to deliver the food to the table. Though the robots speak only English, regional language speakers are not put off by this. Modeled as women, the robots look smart in their blue and white metal bodies, their neck wrapped fashionably in colorful scarves. The restaurant is open at 100ft Indiranagar and is open on all days for lunch as well as dinner. 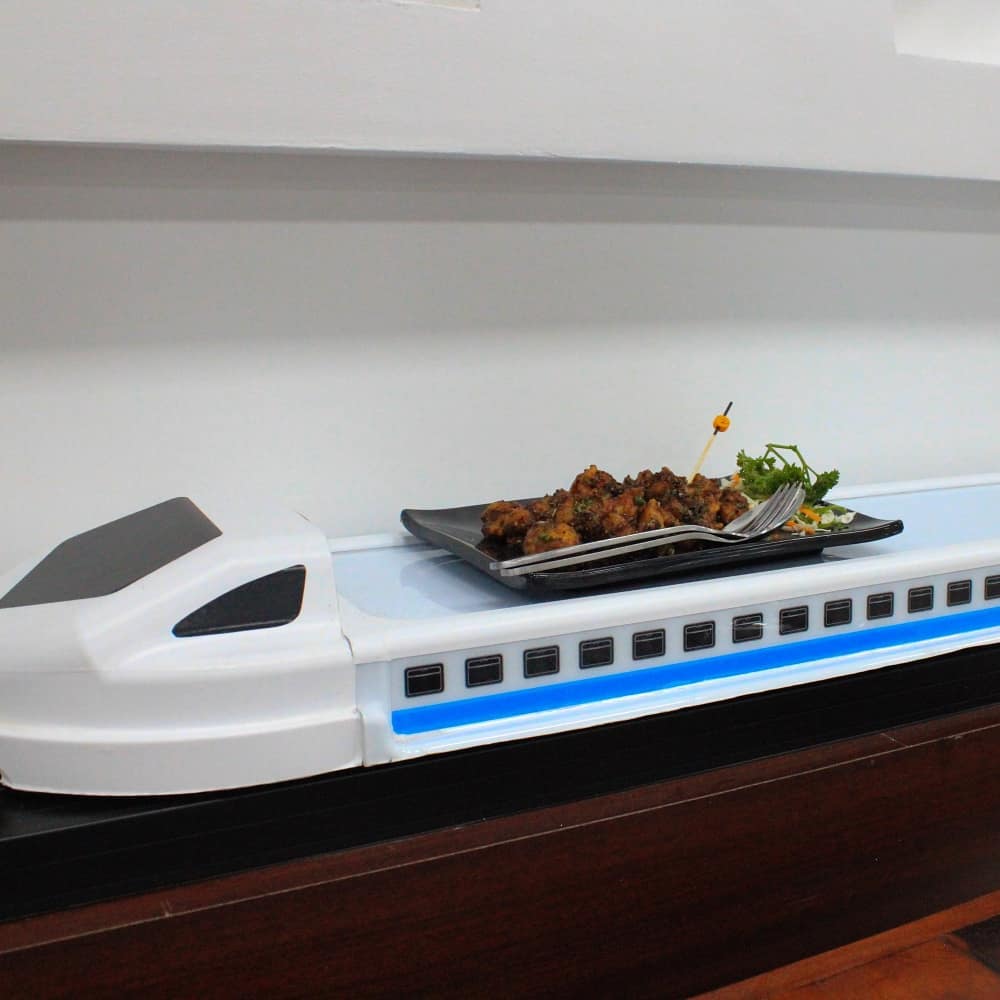 Karthikeyan Ramesh, general manager of the restaurant said “An average of 500 to 600 people visits the restaurant per day in a matter of seven hours and we are delighted to see how excited everyone is. We have had no free minute at work since the launch”. He added that the success of the brand in Chennai and Coimbatore led them to expand the business. Venkatesh Rajendran, founder of the restaurant told “The Android-run robots which run on Japanese technology were imported from China. We have been getting requests and invitations from across the country to begin operations for a similar restaurant. As of now, we have planned to begin the same abroad – in the Middle East – one in Saudi Arabia and another one in Dubai as well,” he said. He added that another 4 to 5 branches would be set up in Bengaluru owing to the business’ resounding success and high demand in the city since its beginning.

The robots have also been equipped with built-in facial recognition technology and can sing birthday wishes for those celebrating their special day at the restaurant. Mrudhulla Putta said, “It was a great surprise that a robot got my birthday cake this time, apart from the usual scenes. She (Arya the robot) even sang birthday wishes for me as I cut the cake.” 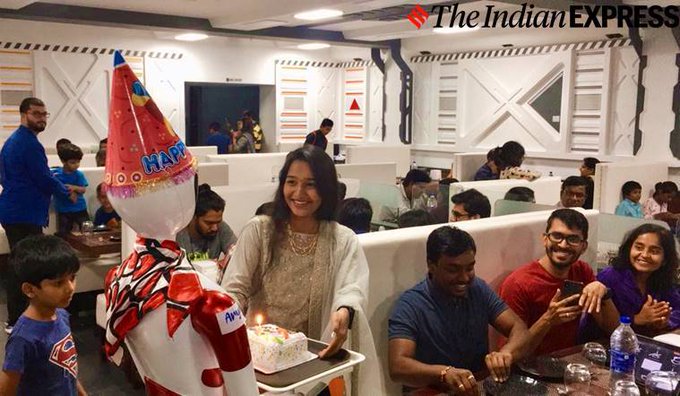 Laya Lehaa Dinesh, a seven-year-old visitor said, “This is the first time I am seeing a robot in life. I like the fact that they speak to us asking us to move if we are on the way. The way they come to us to serve food is also very cute.” 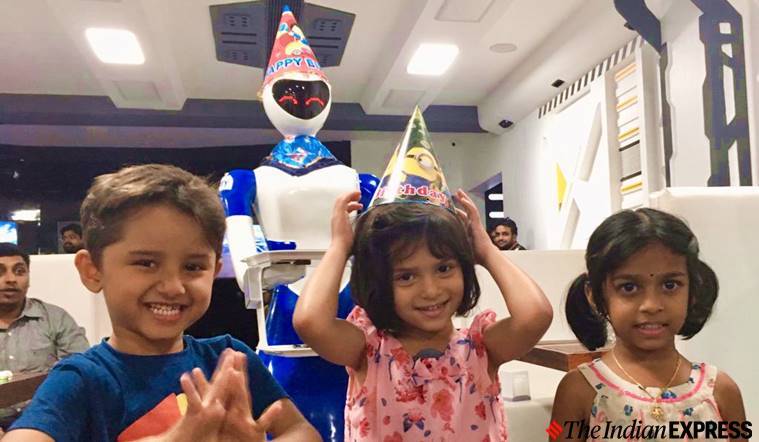 Karthikeyan added,” At the same time, the staff at the restaurant have been specially trained to handle the robots in case of malfunction. “We have been used to them since 2017 and over time, each member of our staff has gained expertise in operating and handling the robots.”