As per the vision of India’s Prime Minister Shri Narendra Modi which is to integrate the most vulnerable sections of society in the economic main stream, HunarHaat scheme was formulated exclusively for minorities by Government of India’s Ministry of Minority Affairs.

It is being organized from city to city and was organized in the last days of December at the vast MMRDA ground In BKC Mumbai.  For 12 days.

As the EMCEE for the event I share with you some of the key highlights.

The Inauguration witnessed the presence of Honourable Governor of Maharashtra Shri Bhagat Singh Koshyari and he reminded people of the rich Indian heritage with examples such as that of making silk sarees that can fit in a matchbox.

and UnionMinister - Ministry of Minority Affairs , Government of India Shri Mukhtar Abbas Naqvi shared how this scheme would be taken from Mumbai to Lucknow then Delhi Hyderabad and other major cities to expand the market for these Swadeshi products.

They both also visited certain stalls followed by Media and Press. The scheme itself is an extension of the USTAAD scheme earlier run by Government of India, for skill developments. Under Ustaad scheme the new generation was encouraged to learn the age old skills that are part of the nations heritage for centuries. Promoting a new generation of craftsmen and artisans.

A variety of products from furnishings, carpets, footwear, jewellery and cloth prints etc.are manufactured by hand with the help of these skills. Adding jobs to the community.

To further encourage the business and sales of these products Ministry Of Minority Affairs , Union Minister Shri Mukhtar Abbas Naqvi initiated this scheme.

Under this scheme the selected applicants of minority communities from across India were assigned free stalls , in a big ground with free entry for all. This craft cuisine and culture fest was also promoted through social media platform to attract more foot fall. 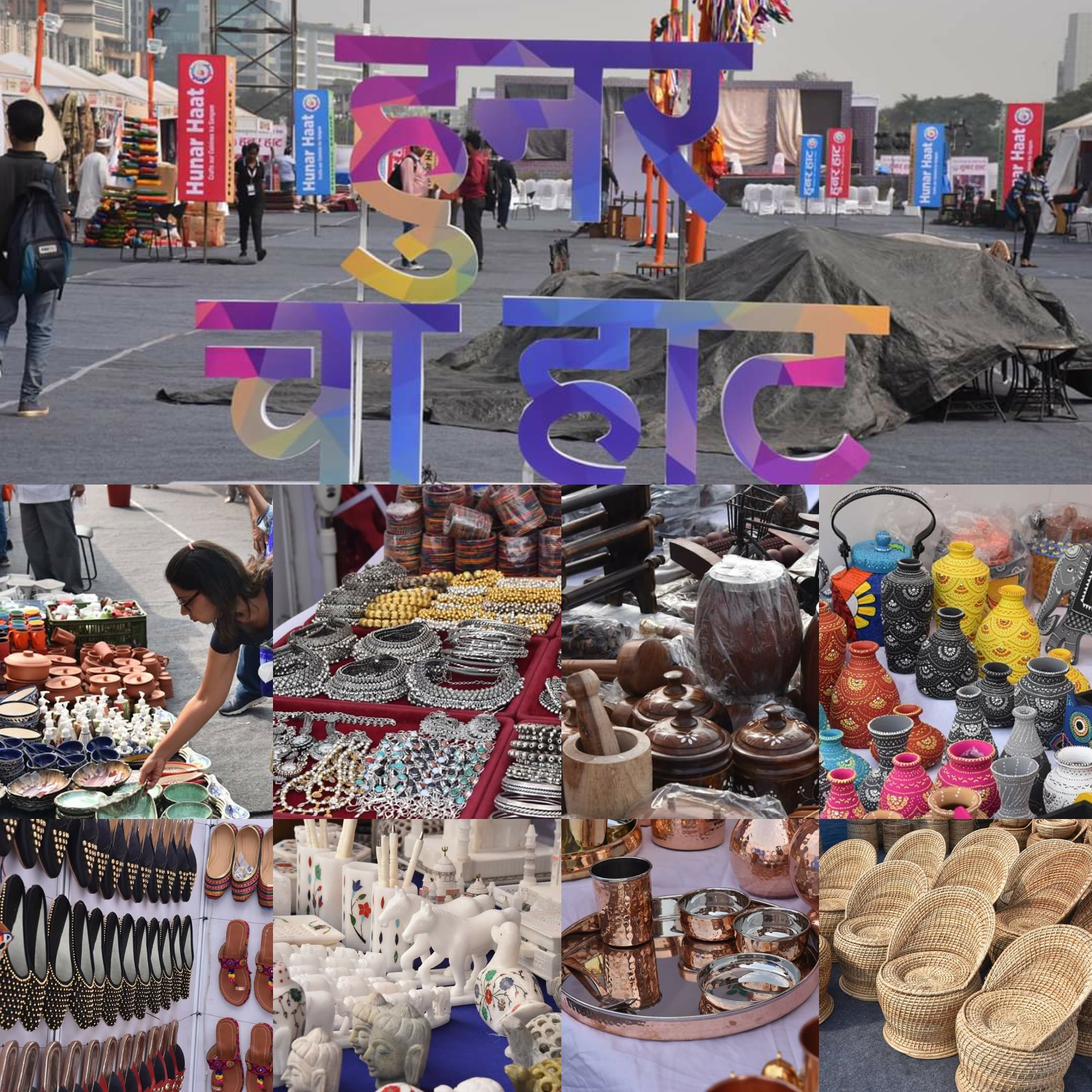 THE EXPERIENCE OF HUNAR HAAT

Local as well as International visitors could be seen savouring the food . The businesses also received a very promising response with not only on the spot sales but also orders received for later deliveries.

The fest started from morning 11 am to 10.30 pm . Every evening from 6 or 7 pm onwards cultural and musical performances were organized to entertain and engage the audience. Several visitors would settle down in front of a vast stage. People of every age, community and economic background could be seen enjoying side by side with their friends and family members.

Traditional attractions included hereditary acrobatic experts from Rajasthan who walked on the rope in mid-air, Stilt walker, and cosplayers dressed as different mythological or dramatic fictional characters every day for photo ops with kids and grownups.

On stage there were singers performing popular tracks from retro era as well as some latest numbers, and Folk dances from Maharashtra to Rajasthan. Lavni, Kalbelia , and Bhawai won many hearts. 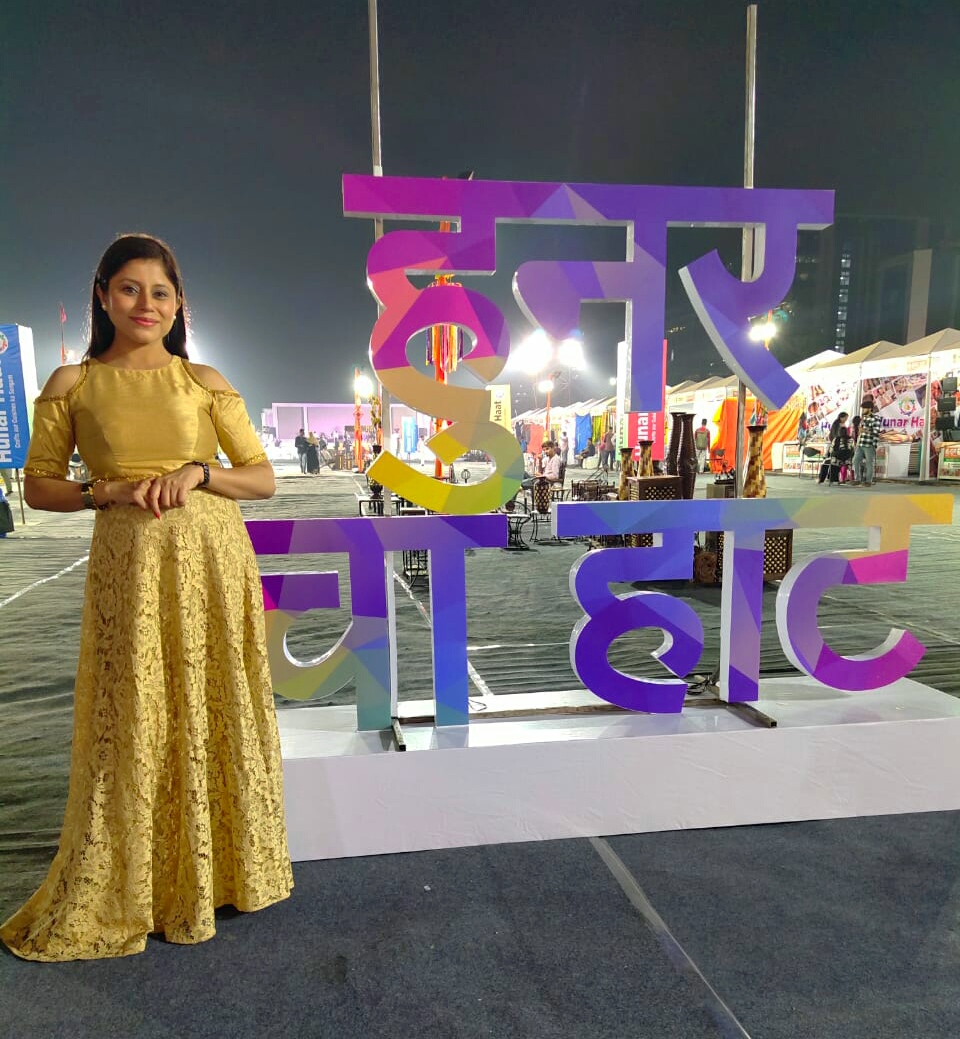 Yet another fulfilling event wrapped. Off to the next stage.

The purpose of this article is to share the dynamic ideas that are being spread and the meaningful experiences that are being created by the experiential space. Hope this article added value to your day. Thank you for your read , also do share your thoughts in the comment box Or connect with the writer – Anchor Swati Sharma on insta-@officialswati  /  FB - @iofficialswati.

#EMCEESPEAKS-Highlights Of The Sternhagen Calendar Launch 2020 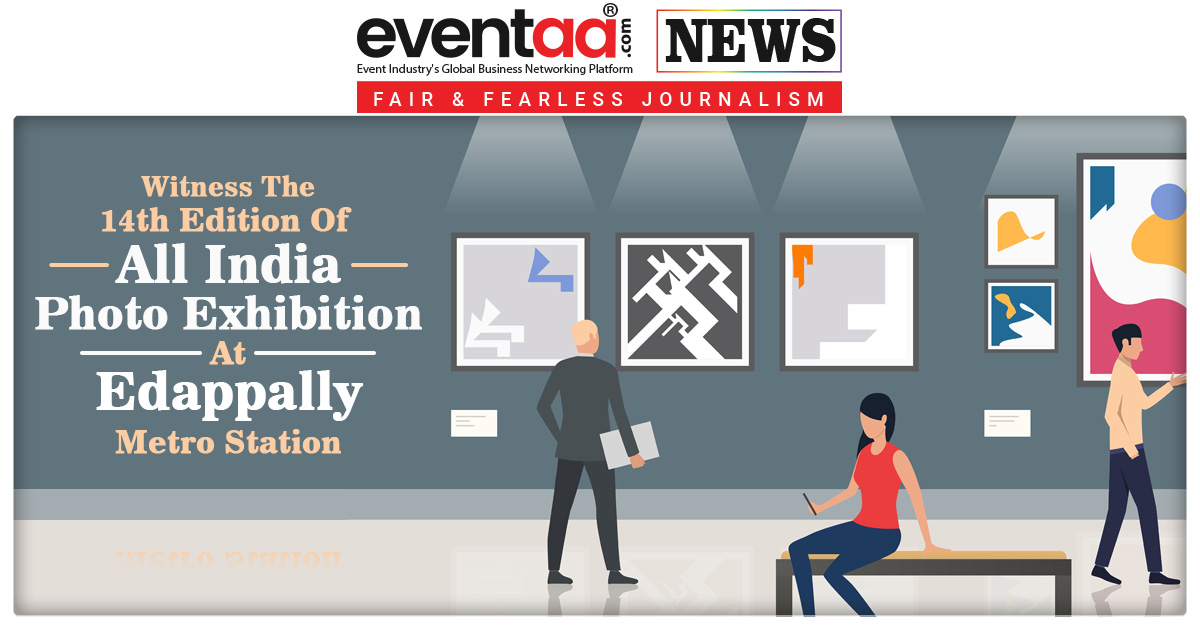