Uber India Gets Trolled On Twitter For Its Erroneous Copy

Companies pay a huge amount to get the perfect ad placements on TV, print, radio, outdoor, digital, etc. But sometimes, due to visual and contextual reasons, these placements turn into advertising disasters. One such blunder was created by ride-hailing company-Uber India. The company's ad with glaring errors was published on the front page of leading dailies like Times of India, Hindustan Times, etc in editions like Mumbai, Delhi, Gujarat, among others. The print ads were rolled out by the brand to put the spotlight on its inter-city service offerings.

While the ad in the Delhi edition of HT had grammatical errors like ‘planning to head to the Delhi’ and ‘anytime’ instead of any time, the Mumbai edition of TOI had Bhimsankar spelled as Bhimsankari with similar grammatical errors. And these mistakes were highlighted by none other than Twitterati's. the brand’s creative agency-Ogilvy & Mather India, however, clarified that the work has not been done by the agency. 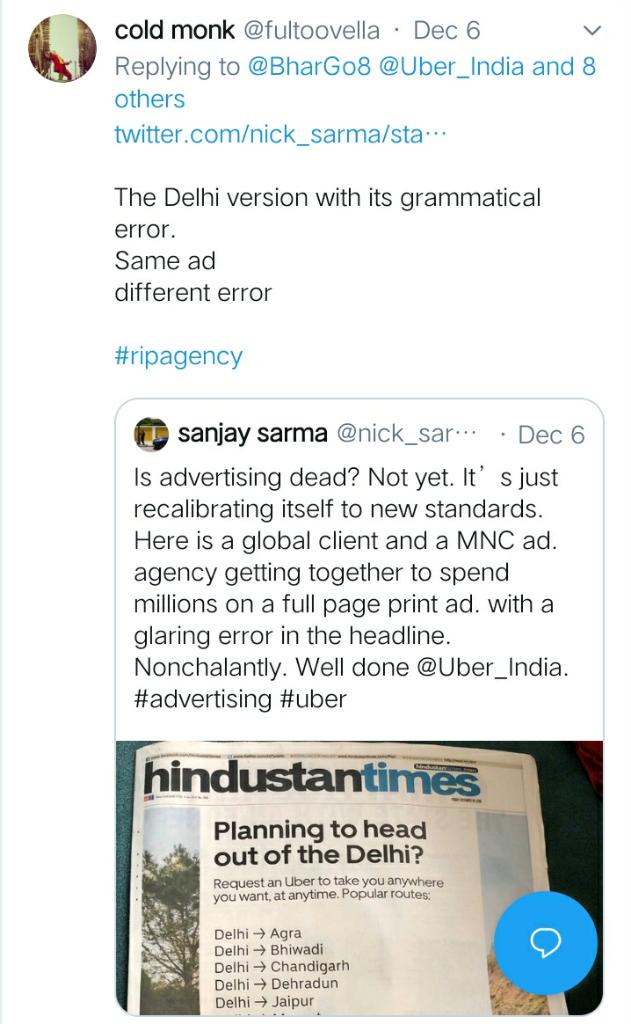 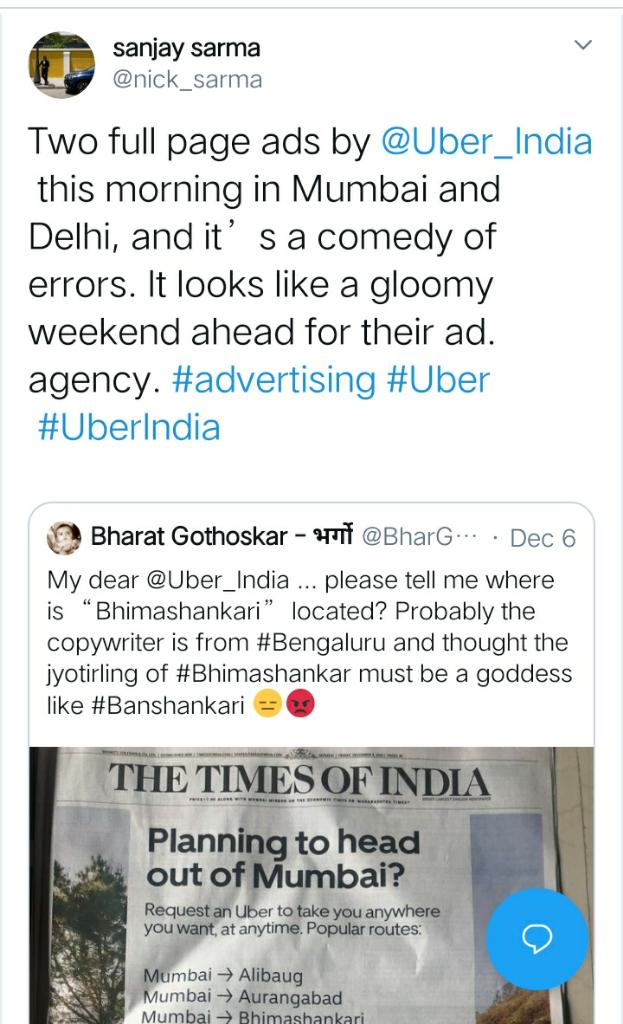 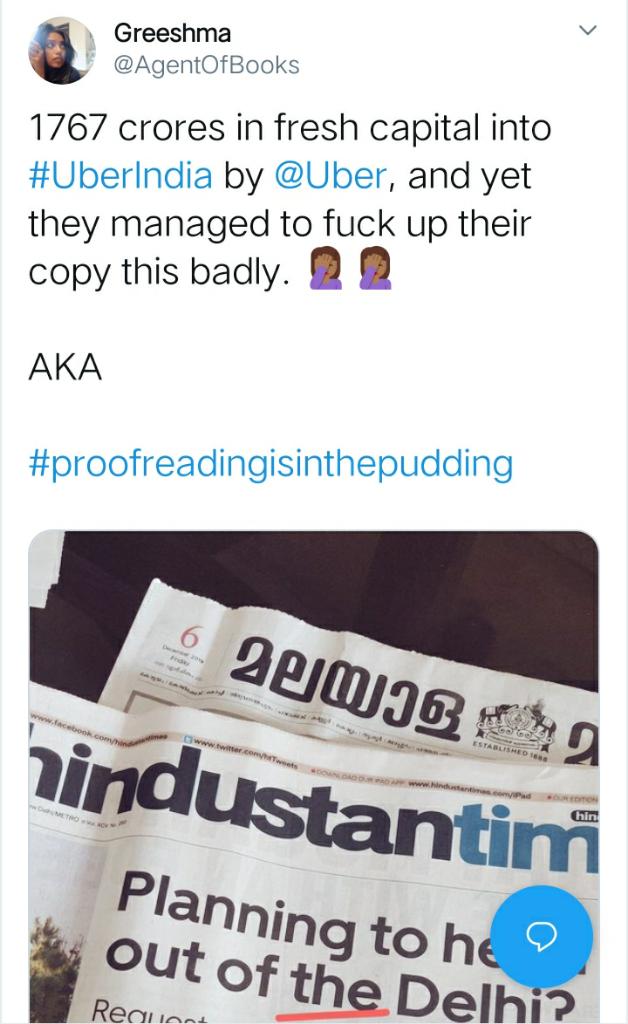 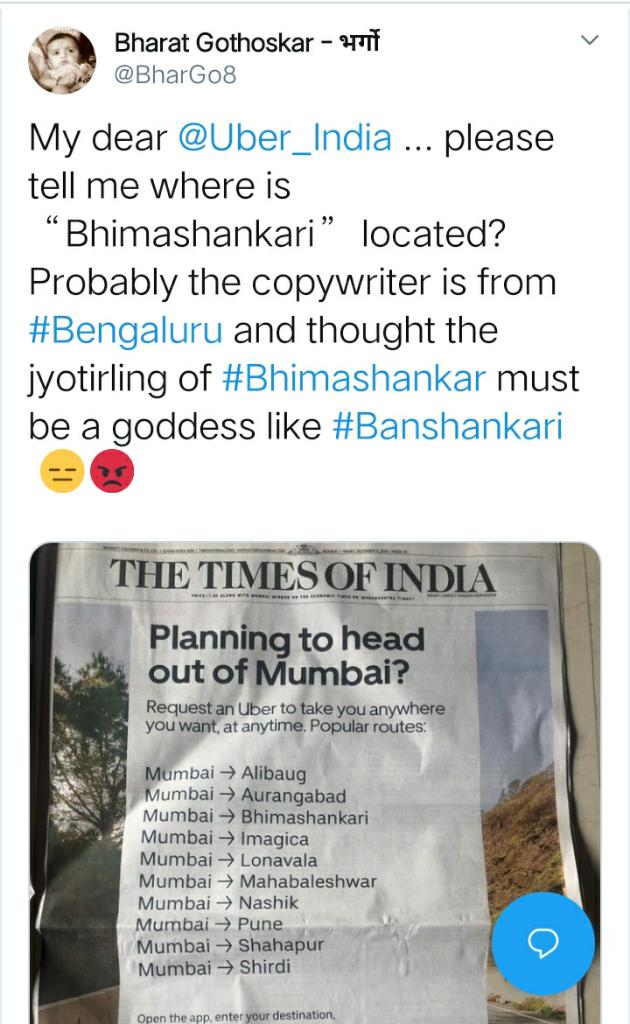 Amit Sinha, Managing Partner, Alchemist Brand Consulting remarks it might be temporary but what makes it a severe embarrassment for Uber is that the ad fiasco has been picked up on social media. “This obviously is one hugely careless oversight. “Either the “the” before Delhi or perhaps a missing word like “pollution” or “traffic” or “winter” that was originally intended to come after Delhi but got omitted last minute for whatever reason. I suspect it was the latter, and they inadvertently left in the intruding “the” in the process. Despite the fact that it was a front-page full-page advertisement, the total amount of time spent on an average reading a newspaper is a mere few minutes. And advertisements, unless of course if great personal interest to the reader, merit hardly a glance. So the chances are that to the overwhelming majority of readers it would go unnoticed or be unremarkable at most. However, it doesn’t speak well of the agency and the final approving authority to have let it slip,” notes Sinha. Aerial Advertising Will Become A Common Sight In India 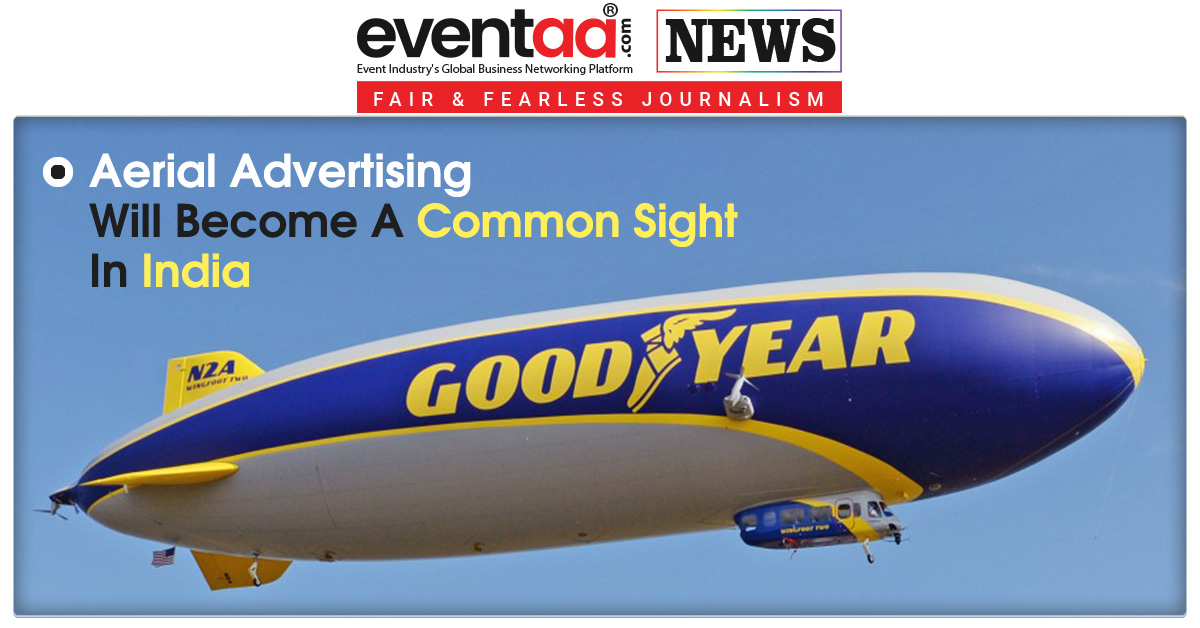