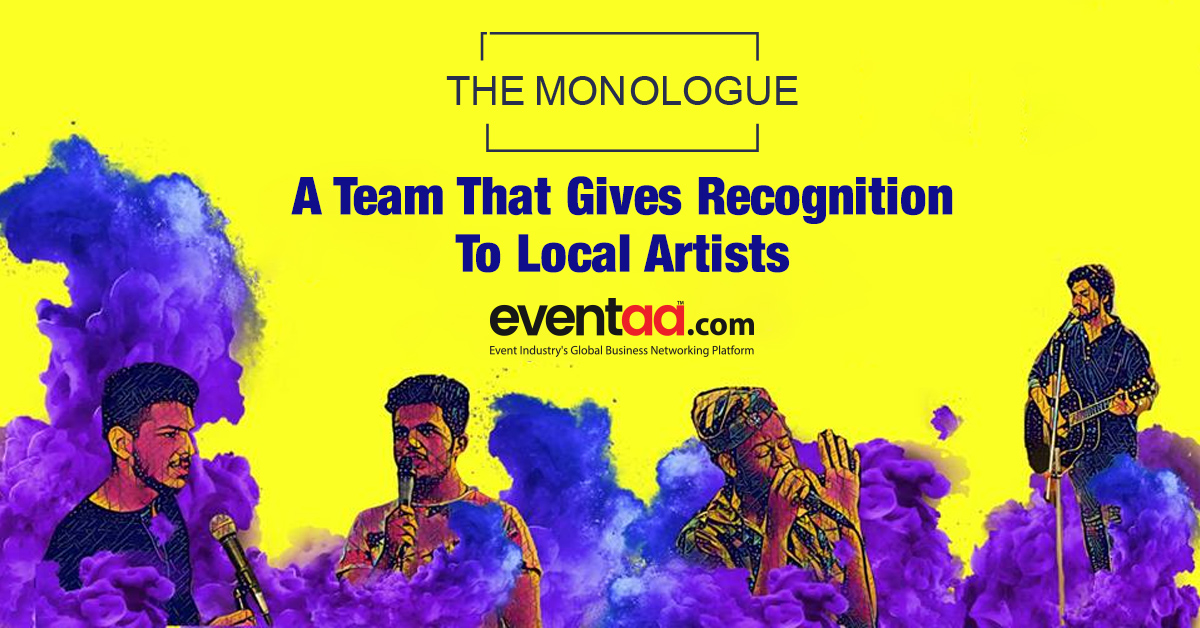 In general, a monologue is a long speech . If the name is taken in its literal sense,  monologue is something that Ahmedabad, Rajkot, Surat and Vadodara has been hearing for more than two years now from the team nameed after it. Giving recognition to 600 local artists in art forms such as Storytelling, Music, Stand-up comedy, Poetry & Public Speaking, The Monologue is a team of 7 people operating from GIFT city, Gandhinagar.

Shailesh Charel: One of the co-founders of The Monologue is just one name behind the brand name.  While interviewing him it was relatable, when he mentioned about his and his friend’s interest in school to become movie directors, it was interesting  when he said,” I found out he was not serious as much as I was.” This directed him in a way to work for Point Black Events, a wedding planning company. “I did work in two three events and weddings, they made me FNB manager after that they promoted me to production head, for Point Black events.” It was this experience that helped him to organize events in college as well. A Government Engineering College is where this co-founder met the other founder, Azka Pehlari. 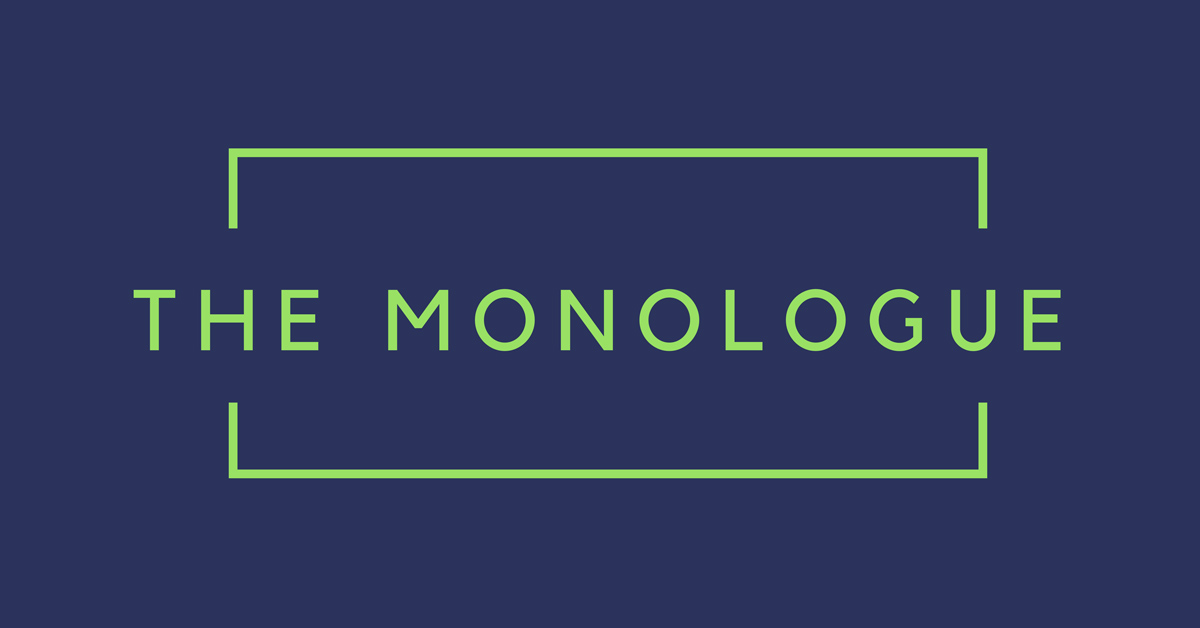 About her interaction with Shailesh and the initiation of The Monologue she says,” It was an event in one of our college’s festival and I wanted to organize it. It was an open mic kind of thing and despite of our begging people to come up and say, we had to postpone the event because no one turned up. Even after postponing it to the day, we were to start at 4 and end at 7, instead we started at 6:00 and with the mam saying,” I want it done by 6:30.” Shailesh who was also organizing this with me came up to me and said,” We would be doing this i.e. creating and managing events, for future as well!” That’s how the idea of The Monologue was initiated.

Before conversing with her it was K Venkat Bhargav who looked after marketing for The Monologue, he informed about how Monologue differed from the other companies in the market. “This is the camp fire event, let’s say there is a poetry jam where there is only poetry, there is also musicians meet up where only musicians meet and they jam together, no audience. A poetry meet, where only poets meet and they collaborate, they do some activities. They learn something from a featured poet. We have curated different types of events that cater to different people. The Monologue always likes to keep it little balanced, giving importance to each one of the art forms.”

K Venkat Bhargav was introduced by Ravi Jadav. Ravi manages the on-site production for The Monologue. Apart from providing what artists demand, passionate about photography, Ravi also looks after the clicks taken by the event photographer. When asked to choose among the audience of the 5 cities that The Monologue serves, Ravi says,” In terms of energy Vadodara tops the list. In Ahmedabad, it is still growing. The dance floor didn’t have much people when it was left open tonight because it was Ahmedabad, if it was any other, I am sure people would have been dancing till now.” That's  correct!

Parthvi Kher, thanks to your ping on what’s app asking,” If it isn’t wrong in your list of company’s policy, can you share the article with me before publishing?” that I have covered each of you in this blog. Yes I was naïve enough to think that a 10 minute telephonic interview with you would be enough to write this out. About the kind of organization she prefers in life she says,” If it’s a Butterflow, it has to be a Butterflow, if there is something else I won’t write!” Ms Kher’s grandfather has a register-managed library which is gifted to every grandson in their family on his/hers 12th birthday. “I was approached by Azka and as I could manage college with The Monologue, I affirmed. But now, if I don’t have some work in The Monologue, it bores me up,” speaking about her future she says,” I will be joining The Monologue full time.” 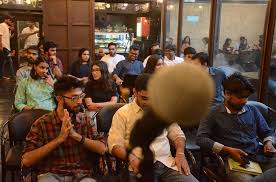 Dhruv Parmar and I exchanged words through each other’s cell phone because he was in Bharuch, where I met the other five. An active social media person and a batch-mate of Shailesh, when approached was asked to manage the Instragram page of The Monologue. He agreed. About The Monologue featuring Piyush Mishra he says,” At first we were thinking of Rahat Indori and Kumar Biswas but Kumar Biswas was out of budget and Rahat Indori did not happen. At the same time, Piyush Mishra’s writings were so connective that using my social media handling experience, I thought connectivity is what’s the most appeals a crowd.” Concluding he explained about how for connecting to people, they used all his writings for marketing. Speaking about the next art form on cards for The Monologue he says,” Dance! We are in talks of adding this to the list and are in talks with one dance group  for the same, to which I say best of luck buddy!"

Preeti Arunkumar who looks after the video editing and posting on Youtube for the The Monologue says about what The Monologue is striving hard for is, “Many people in today's world do jobs just for the sake of getting money. They forget about their passion, in what they were so damn good, and just live for a living. We want those passionate artists to come out and live their passion. And inspire others too!”

Apart from giving recognition to local artists, The Monologue also does artist management and event customization.The Monologue has proven the amount of art in their locality while giving its speech out to the audience. that they were unaware of.  We blessn them to continue this good work of being a podium that presents society with its own artist and surprises them!

Best Event Themes For your Next Event! 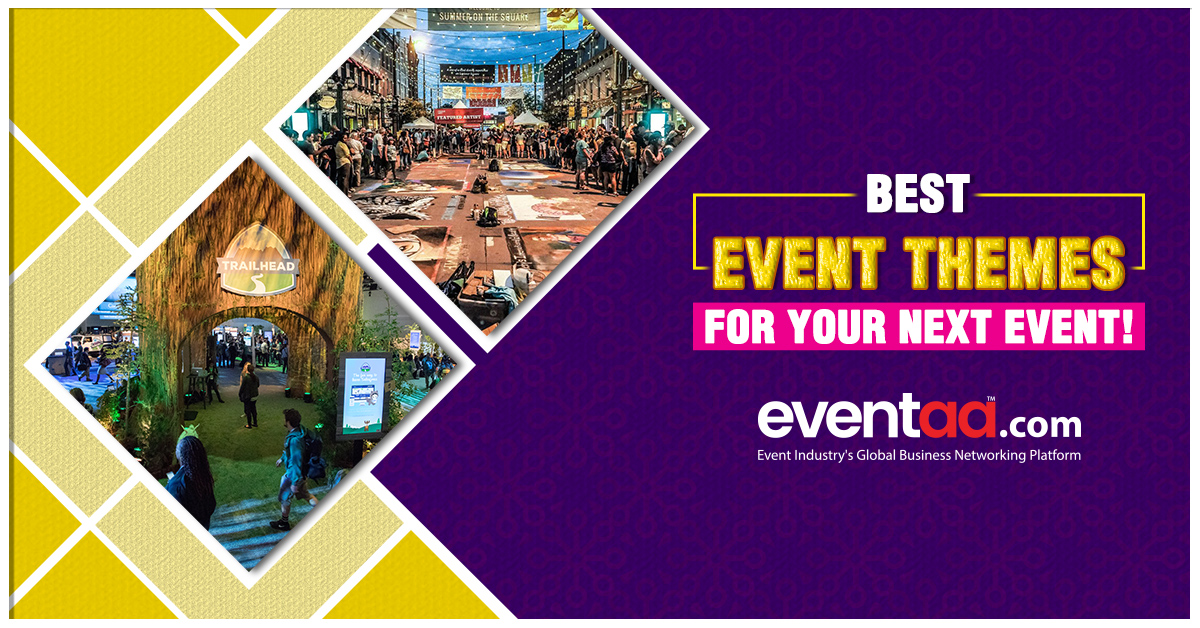